Selfridges are celebrating that British sugary delight, Golden Syrup, in one of their Christmas windows this year.

Personally, I adore this gooey, golden treacle.  Drizzle copiously over porridge for heaven on a winter morning, or simply squidge it on buttered toast at any time of day. It seems that the Royal Family like it too, for it was awarded a Royal Warrant in 1911.

Abram Lyle, a Scottish sugar producer based in Greenock opened a new sugar refinery at Plaistow in London in 1881. The story goes that they experienced supply problems that almost brought their work to a halt, upon which Lyle determined to find a new product to keep them going. As it happened, the sugar cane refining process already produced a treacle-like syrup that usually went to waste, but chemist Charles Eastick formulated a method of refining it to make a preserve and sweetener for cooking. Lyle’s golden syrup was the delicious result.

The green and golden tins are well known and much loved in Britain.  Indeed,  in 2006 Guinness World Records declared the mark to be Britain’s oldest brand.  However, not many people would be able to tell you exactly what is on the tin.  If you look closely at the photo above you’ll see that it features a lion. But what about the dots?

The picture is, in fact, the rotting carcass of a lion plagued by a swarm of bees.  The slogan “Out of the strong came forth sweetness” is a reference to the Biblical story from the Book of Judges in which Samson was travelling to the land of the Philistines in search of a wife. During the journey he killed a lion, and when he passed the same spot on his return he noticed that a swarm of bees had formed a comb of honey in the carcass. Samson later turned this into a riddle at a wedding: “Out of the eater came forth meat and out of the strong came forth sweetness”.

In 1921 Lyle’s business merged with Tate, a sugar-refining firm created in Liverpool in 1859 by Sir Henry Tate (the man who founded the Tate Gallery) and with a factory in Silvertown, very close to Lyle’s Plaistow factory. The resulting company was Tate & Lyle.

Tate & Lyle was one of the most sought after factories to work at: they offered good wages and working conditions, plus a great social life.  Many generations of the same family  worked there and demonstrated a fierce loyalty to the company.  To discover more about the company’s history and what it was like to work at these East End factories during and after World War II, read the 2012 book, Sugar Girls by Duncan Barrett and Nuala Calvi.

The Liverpool plant closed in 1981 and the Greenock plant closed during the 1990s, while the Plaistow and Silvertown plants were sold to American Sugar Refining in 2010.  You can still see the two London factories at either end of the old Sugar Mile if you take a ride on the Docklands Light Railway: 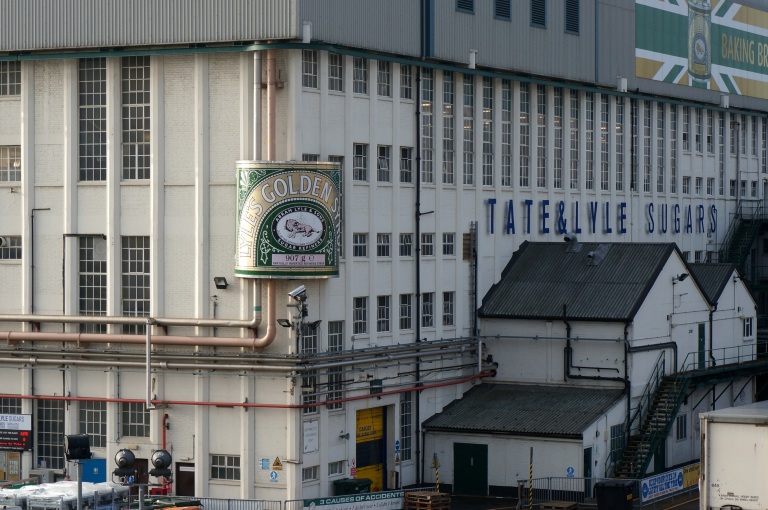