Wanderlust is one of my favourite travel magazines, so I was pleased to find these photography tips from them.  Given the current WordPress photo challenge theme of Horizon, I thought I’d share these with you all.

From salt-flats to scorching deserts – empty landscapes can be utterly atmospheric. How do you capture all that nothing on camera? Steve Davey is here to help

Wide-open spaces are hard to photograph, often producing empty and disappointing pictures. Part of the problem is the ever-present temptation to try too hard.

Try to take a photograph that conveys your emotion about what is in front of you, and what you find most striking. A good discipline is to imagine having someone standing next to you: what would you point out to them? Use that as the main focus of your picture.

Even in an empty landscape, you can usually find some point of interest: a ripple, a reflection, a plant. This can provide a focus and a sense of scale. If there is nothing, consider including your own footsteps or one of your travel companions.

Good light is vital when photographing a featureless landscape. You need the light at the beginning or end of the day (which comes from a low angle) to pick out any meagre details and give contrast. The light can be warmer and more pleasing.

If you can’t photograph at these times then don’t just take the same picture but in poor light. Instead, experiment. This might mean photographing a detail, or shooting from a distance with a powerful telephoto lens to show a mirage or emphasise heat haze.

Another good technique is to include a dramatic sky to contrast with an empty foreground – a smattering of clouds set against a deep blue or a swirl of star trails over a moonlit foreground.

Panoramas can work well when photographing big spaces, allowing you to include more of the horizon, with less bland foreground and sky. A tripod will help you to line up separate images, but is not so vital with single shots. You’re unlikely to line up the horizon perfectly anyway; better to correct this in post-production.

1. By controlling the depth of field a photographer can draw the viewers’ attention to the a specific aspect of the landscape. This is effectively pointing out the part of the scene that you’re interested in and gives the picture’s viewer a guide as to where you want them to look. Use of a wide aperture and a telephoto lens can combine to produce a shallow depth of field.

2. Look for a detail to give your image a point of interest. This gives someone something to look at before looking at the rest of the scene. This is the sort of thing that happens when you actually stand to look at a landscape yourself.

3. For open vistas, try to include people in the image to give a point of interest. This might be a local person, or some of your fellow travellers. They don’t even have to be facing the camera: a shot of them drifting into the scene can help to draw the image’s viewer into the picture.

4. An interesting sky can lift a picture, and also give you an excuse to cut out much of the foreground and concentrate attention on an extensive horizon. This might be a stormy sky, white clouds against a blue background or star trails.

1. If you only remember one thing…

Try to shoot a picture that uses, not ignores, the empty space. Try to show what the landscape means to you, even if you end up showing an impression of the scene rather than a literal representation.

Experiment with depth of field. Use a narrow aperture to render the whole scene sharp, or focus on a detail with a wide aperture to throw the rest of the scene out of focus. This can help negate the effect of flat midday light.

3. One for the kitbag

A polarising filter can help reduce haze and darken certain blue skies, giving more contrast and saturation to a flat picture. Look through the viewfinder and rotate the filter until you get the effect you require. 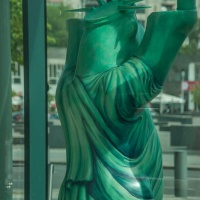 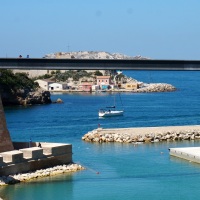