This week’s walk starts with a warning – we may well be accompanied by ghosts and spirits.
Plus a special warning for lovers of all things sweet and sugary – no cake stop on this walk!

Health and safety complete, I am going to take you for a stroll around Old Calton Cemetery in Edinburgh. To calm any nervous jittering, I have chosen a sunny day with cheerful blue sky, and no sense of dark, impending peril.

This is not a cemetery I have explored before, and it was not a planned trip. I was contemplating walking up Calton Hill to enjoy the views, but I was getting over a bout of flu and just didn’t have the energy, so was pleased to see a gateway that I hadn’t spotted before and that did not involve such a steep climb. This burial ground is in fact just across the road from the path up to Calton Hill.

This is only a small burial ground, as a new road, built in 1819, carved the area in two and necessitated the removal and reburial of a number of remains in New Calton Cemetery. So no need to follow a particular route or fear getting lost: we will amble freely. 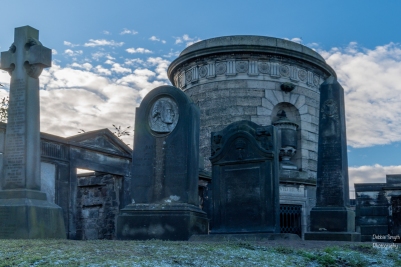 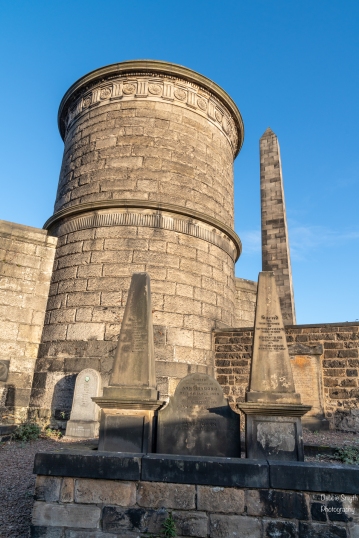 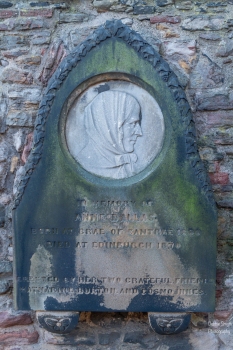 In memory of Anne dallas, erected by 2 friends 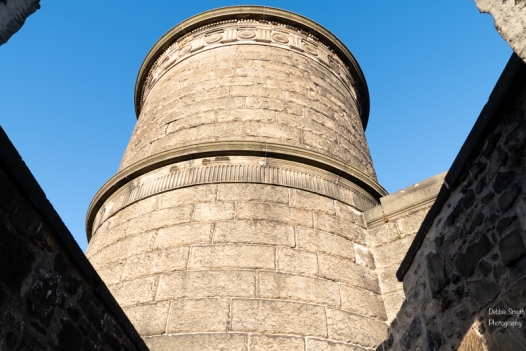 The tall, cylindrical mausoleum of David Hume (1711–1776), a well-known historian and philosopher who lived close to the cemetery, stands out clearly as we wander. Hume was unpopular for his views at the time of his death, particularly because of his atheism, which required his friends to watch over his grave for eight days after his burial.

The mausoleum was designed by the admired architect, Robert Adam, and features subtle but intricate decorative features inspired by ancient Roman styles, particularly the cornice and frieze around the top of the structure. Hopefully it met the demands of the deceased, who had written “I … ordain that, if I shall dye any where in Scotland, I shall be bury’d in a private manner in the Gallon Church Yard, the South Side of it, and a Monument be built over my Body at an Expence not exceeding a hundred Pounds, with an Inscription containing only my Name with the Year of my Birth and Death, leaving it to Posterity to add the Rest.” 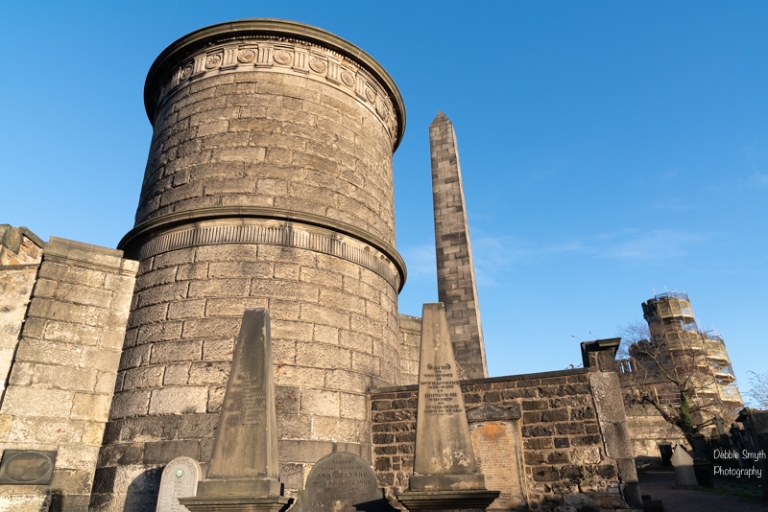 Also hard to miss, is the 27 metre tall obelisk, known as the Martyrs’ Monument, and commemorating five political reformists, two from Scotland and three from England, from the late 18th and early 19th centuries.

On top of the monument stands a statue of Abraham Lincoln, the first statue to a US President outside of the USA, and the only statue of Lincoln in Scotland. At his feet is the sculpture of a thankful freed slave, together with Lincoln’s words “To preserve the jewel of liberty in the framework of freedom”.

Now, as we wander back down the slope towards the exit, I must point out the burial ground of Robert Burn, a name easily confused with a famous Scottish writer. This Robert Burn (no “s”) was a well-respected architect, known, amongst other things, for the Nelson Monument up on Calton Hill.  It turns out that he knew Robert Burns, though the two did not get on well. Burns had commissioned Burn to install a monument over the grave of the poet Robert Fergusson, a man who had inspired Burns, in Canongate Kirkyard. It turns out that Burns was not pleased with the quality or speed of work.

Now time to warm up. Those feeling like a more energetic walk can march up to the top of Calton Hill. Those preferring something more leisurely, can saunter back to the city centre with me, and perhaps join me for a hot toddy at the Cafe Royal on West Register Street, a beautifully tiled Victorian bar. 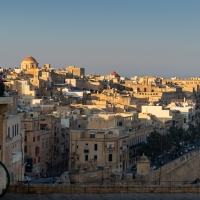