How many statues in London?

London abounds in statues. Wander the streets in any part of the city and you’ll find carved men, women and animals, varying in age, role, position and permanence.

There are over 400 statues in the City of Westminster alone. In fact, Westminster City Council has designated the area from Whitehall to St James’s as a “monument saturation zone”, where the addition of new memorials is actively discouraged.

I wander past sculptures with barely a glance, and even if I look at the name I often have no idea what they did, or when. I’ve decided I need to make a point of learning about one statue seen per visit in London!

Now, I doubt that I’ll stick to that resolution, but let’s kick off with a fellow I spotted down on the embankment a while ago.

Oooops – sometimes the important element of a photo escapes me!

This stately sculpture is of Sir Henry Bartle Edward Frere (1815 – 1884). He was a British colonial administrator, who had a successful career in India, being Governor of Bombay for 5 years, followed by being High Commissioner for Southern Africa.

Things didn’t go so well for him there. His policies to impose a British confederation on the region caused uprisings, battles and regional wars, including the Anglo-Zulu War and the First Boer War. In 1880, Gladstone recalled him to London to face charges of misconduct. Frere was planning a full response to all of the charges against him, but died before that could take place. He is buried at St Paul’s Cathedral.

Posted as part of Saturday Sculpture 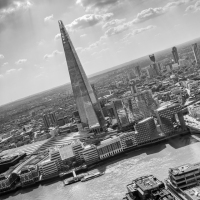 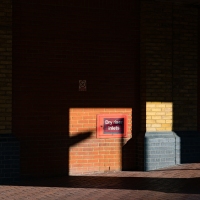 Angel in contemplation at the Red Lion

Red Lion, Burslem, Staffordshire, March 2021 This pub has closed down, and its frontage is boarded and embellished with a depiction of the gilded angel from the top of Burslem’s […]
Angel in contemplation at the Red Lion

It’s always worth waiting for the light!A lot can change in just an hour – and sometimes for the better St Paul’s Cathedral, London, late February 202116:05 and not quite […]
St Paul’s in golden light

Spring is winning the battle

North side of Stanborough Lakes, alongside A1, Welwyn Garden City, March 2021 – Copyright Debbie Smyth, 7 March 2021 Posted as part of All Seasons …
Spring is winning the battle

The Shard, London, March 2012 (above) and September 2018 (below – Welcome to One Word Sunday, and over to all of you to join the challenge with your own spiral post.To join […]
Vertiginous

History of secrets, tunnels and ghosts

The Leopard, Burslem, Stoke-on-Trent, March 2021 Now over to all of you. Do come and join us in our Saturday six-word musings. I’ll admit that many of us openly break […]
History of secrets, tunnels and ghosts

It’s Friday, and time for a flashback to an old Travel with Intent post: Glass Originally posted 5 March, 2017, all images New York, February 2017 Transformation of the World […]
Looking back to 2017

Old Town Hall, Burslem, Stoke-on-Trent, March 2021 This baroque-style “Old Town Hall” was built between 1854 and 1857. This is the portico ate west end of the building, adorned with Corinthian columns and caryatids, […]
Old Town Hall
Loading Comments...
Comment
×
%d bloggers like this: