It’s time for this month’s chain of reading, set off by Kate’s Six Degrees of Separation, in which we are invited to build a chain of 6 books that bear some form of connection to the one before them – be it author, theme, style, location, era, language, ….. – starting from a book suggested by Kate.

This month, Kate introduced us to Phosphorescence by Julia Baird, a book that shows how to rediscover hope and optimism after periods of adversity. This book isn’t available in the UK until May, so I dived straight into The Salt Path, which delivers some similar messages.

Raynor Winn, takes us for a walk along the South West Coast Path through Somerset, Devon, Dorset and Cornwall. Moneyless and homeless, and with her husband just diagnosed with terminal illness, the pair walk the coast, finding that as they develop a unity with nature, despair turns into hope. It is an inspiring tale in a beautiful part of the UK, such an absorbing part of the country that I had to stay here for the rest of my book chain this month.

It’s fiction for the next stop, as we hop across to an island just 12 miles off the north coast of Cornwall, to solve a crime with P.D.James. The setting of The Lighthouse is said to be an imaginary island, but a lot about it calls Lundy Island to mind, a place that Raynor Winn and her husband had used to gauge the distance they had walked as they headed towards Lands End.
I’m sure many of you already know Scotland Yard’s Adam Dalgleish, but this was my first step into this series. I thoroughly enjoyed meeting him and his colleagues, and getting to know the characters of those on the island. It was a complex crime, and P.D. James is clearly a hard author to beat on detecting the criminal. She certainly fooled me.

Staying in Cornwall, we’ll meet Ambrose and Philip and their cousin Rachel for a classic du Maurier mystery-romance. I actually find My Cousin Rachel a hard book to read, as it blatantly points the blame at one character, so much so that it can be hard to keep reading. But the setting is beautiful and, needless to say, there are some twists and turns in the end.

I thought it only fair to include something for the children, or perhaps a touch of nostalgia for those of us who had the Famous Five for companions during our childhood. Enid Blyton’s Famous Five go down to the sea sees the children spending a holiday on a farm on the coast of Cornwall. We learn about smugglers, explore the Secret Way, get locked in a cave and solve the mystery. We also get to meet Clopper, a possible descendant of the Trojan horse.

Now for some poetry. Jack Clemo was a Cornish poet and writer who wrote about his native Cornwall and his deep religious beliefs. His father, a clay-kiln worker, died in World War One and he was raised by his dogmatic nonconformist mother. I started to read one of his novels, The Clay Kiln, but struggled to enjoy its tale of overriding poverty and depression. I may return to it, but for this month’s reading chain I turned instead to some of his poetry, in his Selected Poems collection (if you choose to buy this version ignore the “Russian edition” reference in the Amazon sales details – there is not a word of Russian). He shows great use of language, but being pulled into his lines and rhymes is not necessarily a cheerful event.

I really struggled to choose my sixth and final for the chain. Not because I was short on ideas, but because I had too many. It came down to two, one a new venture for Ann Cleeves in Cornwall, and the other an Agatha Christie.
It had to be Christie in the end: she lived much of her life in Devon and several of her books are set in the area. To give us a link back to almost the start of the chain, I wanted an island, and what better than Burgh Island, where Christie write a couple of her books. A place I had intended to visit last year, as it happens, for its natural beauty and Art Deco architecture. But enough of my failed travel plans, and back to Christie and And then there were none, set on Soldier Island. Ten strangers are invited to this isolated rocky island, and gradually each one dies in strange circumstances. Christie wrote this as a challenge to herself – could she kill off ten people without it seeming ridiculous. I think she succeeded, as do many other readers. An international poll in 2015 found that of all her 80 crime books this one was the world’s favourite.

I help you enjoy some of these books, and the glimpses of the beautiful South-West of England. Next month we’ll be starting further north, in Glasgow, with Douglas Stuart’s Shuggie Bain.

Note: I give links to Amazon for you to get the full details of these books. Whilst I do use Amazon at times, I prefer to use independent bookshops when possible, so please don’t feel any pressure to buy from my links.

Posted as part of Six Degrees 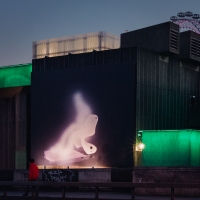 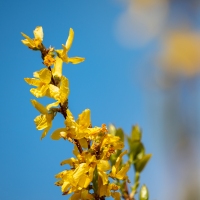 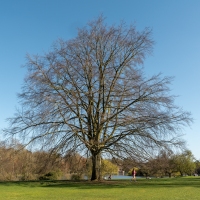 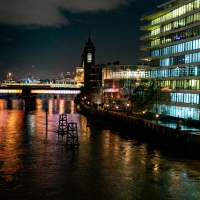 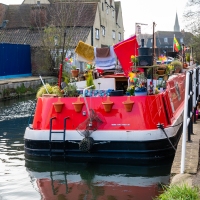 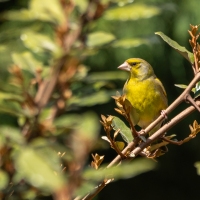 A welcome newcomer to my garden

Greenfinch watching over its nest from above, St Albans, April 2021 Now over to all of you. Do come and join us in our Saturday six-word musings. I’ll admit that […]
A welcome newcomer to my garden
Loading Comments...
Comment
×
<span>%d</span> bloggers like this: