The world’s first blue plaques were erected in London in the 19th century to mark the homes and workplaces of famous people and new plaques are still erected to this day.

The original blue plaque scheme was established by the Royal Society of Arts in 1866 and since 1986 has been run by English Heritage. It is believed to be the oldest such scheme in the world, with some 880 plaques currently in place in London.

The first plaque was unveiled in 1867 to commemorate Lord Byron at his birthplace, 24 Holles Street, Cavendish Square but the house has since been demolished. The earliest surviving blue plaque, also erected in 1867, commemorates Napoleon III and can be found at 1C King Street, off St James’s Square:

The very first plaques erected by the Royal Society of Arts were round and made of blue encaustic ware, with the Society of Arts’ name worked into a pattern around the edge; however blue was expensive to produce and they soon experimented with brown.

The London County Council (LCC) took over the scheme in 1901.  They typically used round plaques with ribbon embellishment and laurel leaves:

Though they also experimented with rectangle plaques in browns and sages: 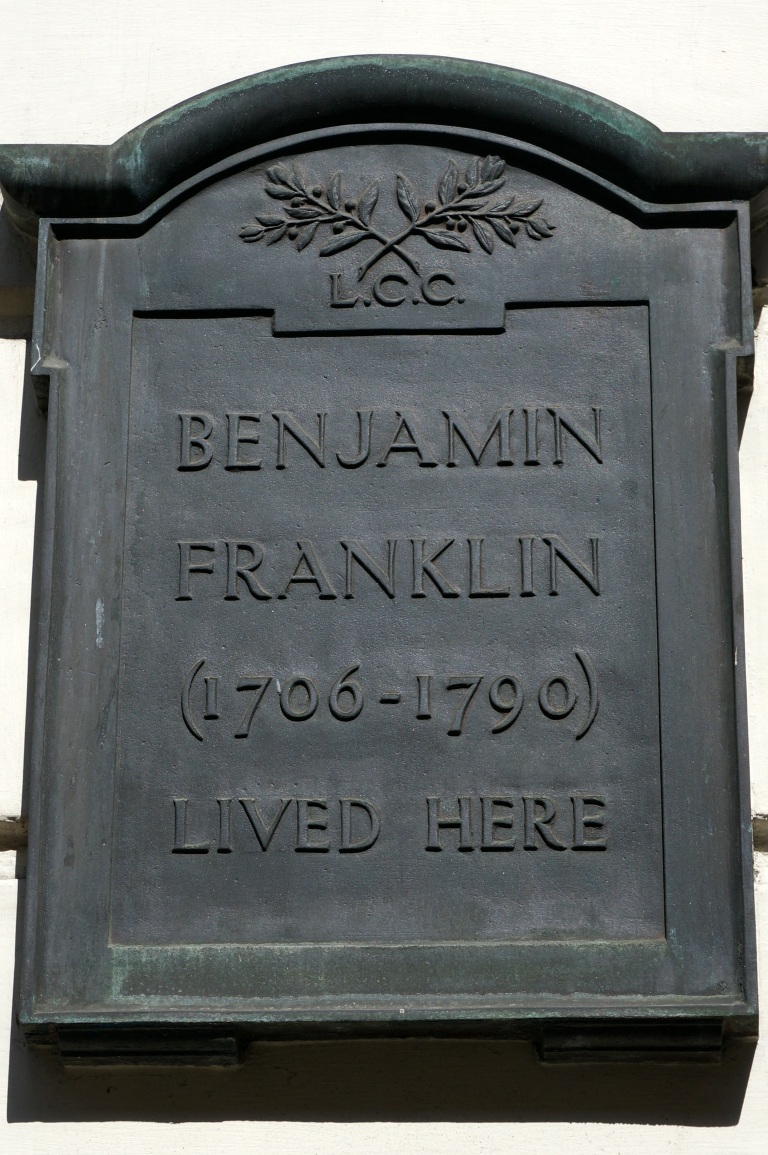 In 1921, the LCC produced a detailed report on the design and material of the plaques, nominating blue as the principal colour as it stands out against London’s buildings – and glazed Doulton Ware was nominated as the preferred material, as it was easy to clean and reasonably cheap to produce. 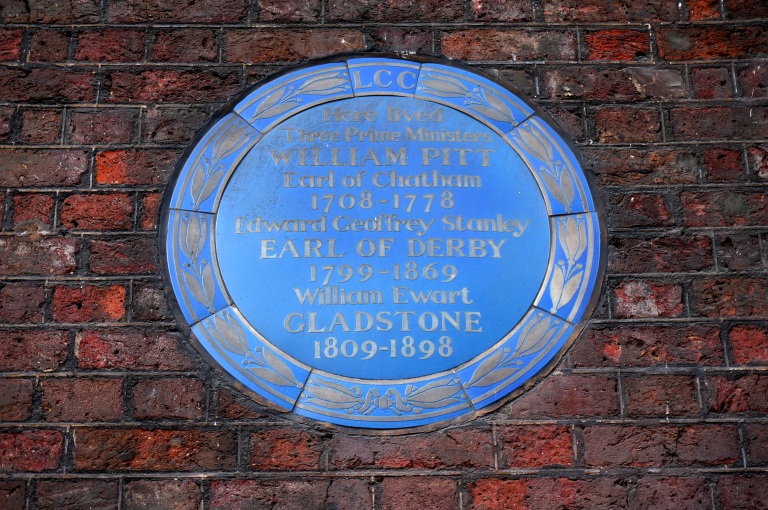 The most memorable of the Doulton plaques is a series of seven (of which only five survive), produced in 1925-6, which are of a della Robbia style and feature a colourful raised wreath border.

In 1938, the modern design of the blue plaque was born.  The new design, created by an unnamed student of the Central School of Arts and Crafts, omitted the former wreath and ribbon motif, and simplified the overall layout, allowing a bolder spacing and arrangement of the lettering.  The first plaque made to this design was brown, in fact, and commemorated the composer Wolfgang Amadeus Mozart in Ebury Street, Belgravia. The white border was added shortly afterwards and the adoption of the colour blue, used almost invariably from the 1940s onwards, completed the now-familiar design.

In 1965 the LLC was replaced by the GLC (Greater London Council):

In 1986, the GLC was abolished and English Heritage took over the scheme.  English Heritage continues to erect the plaques, often inviting well known people to unveil them. For example, in 2010 a plaque dedicated to John Lennon was unveiled in Montagu Square by Yoko Ono: 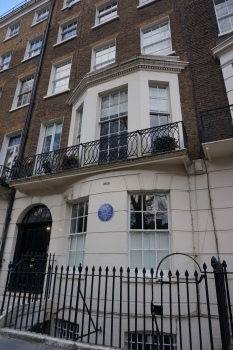 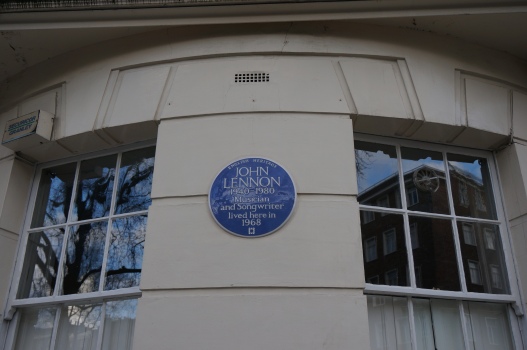 English Heritage continues to operate the scheme, but in January 2013 government funding cuts meant that the blue plaque team had to be reduced in size and the scheme has been temporarily closed to new suggestions from the public. 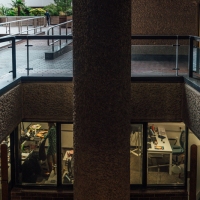 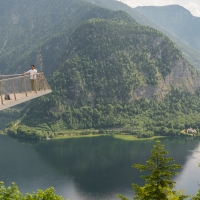