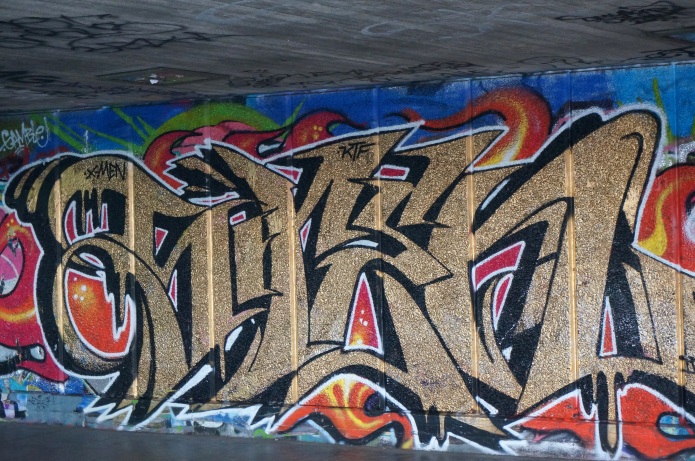 On the South Bank of the Thames, in the undercroft of the Queen Elizabeth Hall, there is a lively street skating venue.  Decorated with bright graffiti, it is more than a skate park, it is more of a living art installation. 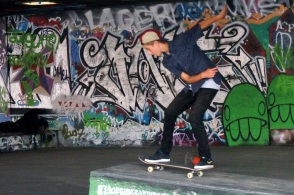 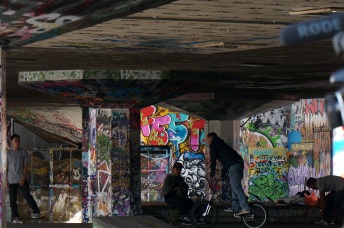 Facing out onto the river promenade, it attracts many skaters and even more bystanders.  Since its birth in 1976 it has developed into the epicentre of British skateboarding.

The Southbank Centre itself does much work to bring art and education to the public, including projects such as roof gardens to allow local school and community groups to learn about horticulture.

They have big plans to develop a new Festival Wing to extend their activities and reach.  Unfortunately, these new plans have brought them into conflict with the skaters.  The Southbank Centre, wants to use the undercroft as part of its Festival Wing, and is working to move the skate park to a new larger area just to the other side of the Royal Festival Hall.  The skaters, however, are fighting to preserve their history. 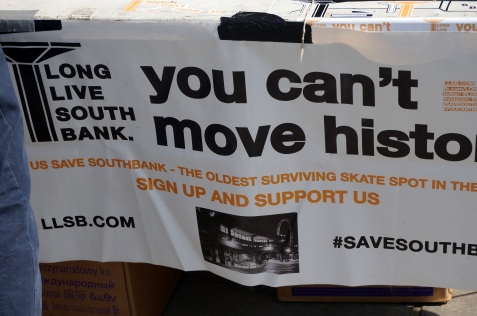 .
The outcome is not clear.  The mayor, Boris Johnson, has declared his support for the skatepark and planning for the changes has not yet been granted.  Add to that, objections from the National Theatre, who say the proposed new Festival Wing will damage an iconic London night view.  It seems that the redevelopment plans are now on hold until later this year (2014).  In the meantime, the Arts Council has provided funding for renovation of the Queen Elizabeth Hall, Purcell Room and Hayward Gallery, all of which urgently needed conservation work. 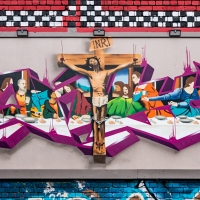 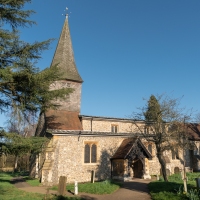 Dining on Riverside, London, August 2022 Now over to all of you. Do come and join us in our Saturday six-word musings. I’ll admit that many of us openly break […]
Feeling peckish? Then let’s meet here

Wall, wall and yet another wall

London riverside, August 2022 Now over to all of you. Do come and join us in our Saturday six-word musings. I’ll admit that many of us openly break the numeric […]
Wall, wall and yet another wall

If you are within reach of Glasgow, do try to visit the Glasgow Gallery of Photography’s latest exhibition: Out of the Frame at the Rogart Street Campus Gallery. I am […]
Out of the Frame in Glasgow
Loading Comments...
%d bloggers like this: