“I may be drunk, Miss, but in the morning I will be sober and you will still be ugly.”

Winston Leonard Spencer Churchill (1874-1965), British Prime Minister 1940-1945 and 1951-1955, is renowned for his many political achievements, and most notably for leading Britain through World War II.  He made numerous inspirational and memorable speeches, some of which can be heard here.  His mastery of the  English language has led many to refer to him as the greatest orator of the 20th century. In addition, he won the Nobel Prize for Literature in 1953 and left a lasting legacy of published works.

His great achievements have been commemorated around the world, with the like of streets, buildings, tanks, warships, trains and even a cigar being named after him, with statues and sculptures erected in his memory, and with many a portrayal in film and television.

Here is a small selection of statues:

Many more statues can be found, particularly in the United States and Canada, including New Orleans, New York, Quebec and Toronto.

Linked to Shoot and Quote: Ugly.

15 thoughts on “Better to be Drunk or Ugly?” 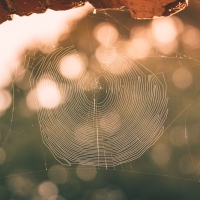