Sprouting Up in Brussels

Many of my recent travels seem to have resulted in the same mantra- “miserable grey, wet and cold: must return in better weather to explore properly”.

This tree looks good in sepia, though – makes it feel a bit warmer than it really was!

Parc du Cinquantenaire (French for “Park of the Fiftieth Anniversary”) or Jubelpark (Dutch for “Jubilee Park”) is a large park at the edge of the European Quarter in Brussels.  The majority of the buildings here were commissioned by the Belgian government under the patrondom of King Leopold II for the 1880 National Exhibition, which commemorated the fiftieth anniversary of Belgian independence.

There is much to visit here: picturesque gardens, ponds and waterfalls; a triumphal arch from 1905; Royal Military Museum;  Cinquantenaire Art Museum; AutoWorld Museum; Temple of Human Passions; Great Mosque of Brussels.  Its location makes it perfect for a quick break before, after or between meetings, plus a ten or a fifteen minute walk across the park from the European Parliament brings you to one of Brussels’ best known Art Deco buildings – more of that in a future post. 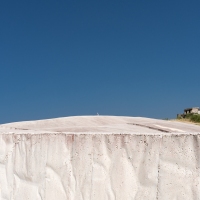 Windmill Girl with a Cloud of Hearts on Great Eastern Street, London, July 2022 To see Unify in action with his stencils as he pulls together this mural, click here. […]
Windmill Girl

Summer Exhibition on the streets

Flags by Mali Morris on Old Bond Street (above)and on Piccadilly (below) Part of the Royal Academy’s Summer Exhibition 2022   – Copyright Debbie Smyth, 31 July 2022 Posted as […]
Summer Exhibition on the streets
Loading Comments...
%d bloggers like this: