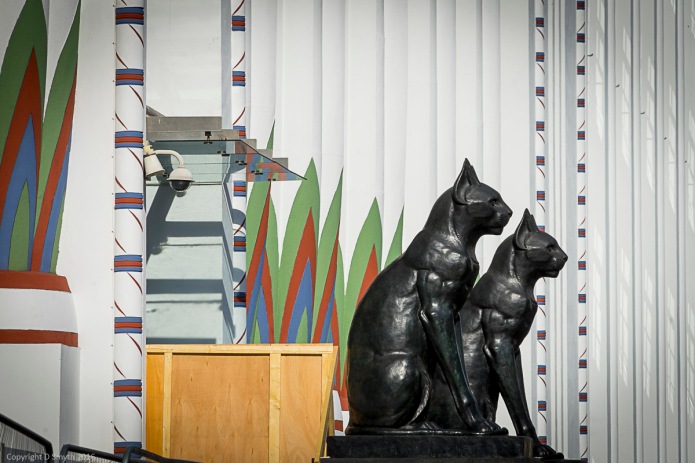 These large black cats and Egyptian columns belong to a 1920s art deco building in north London; a cigarette factory, no less.

The factory belonged to the cigarette company, Carreras, that was set up in Spain in 1788 by the Spanish nobleman Don José Carreras y Ferrer.  Upon exile from Spain, he moved to London, where he further developed his tobacco business.  This work was continued by his son, Don José Joaquin, whose achievements included the Warrant as sole supplier of cigars and tobacco to the Spanish Legation in London in 1853, and attracted many famous customers including British royalty.

At the end of the nineteenth century, the business was acquired by W. J. Yapp who teamed up with Bernhard Baron and took Carreras public.  Baron held the patent on a cigarette-making machine which could produce 450 cigarettes a minute and this technology led to Carreras entering mass production of their cigarettes. Among the brands introduced at this time was Black Cat, a very popular cigarette that hit its peak in the 1920s but was discontinued during the Second World War.  It has enjoyed a few revivals over the years, including a short, recent return in Canada in the early 2000s.

The Carreras company continued to expand , with a number of factories in London. In the 1920s, the popular Black Cat brand and the fascination in Egyptian relics caused by Lord Canarvon’s recent discovery of Tutankhamen’s Tomb, led to the stunning design work on a state-of-the-art factory in Northern London in 1928. In fact, it was the first factory in Britain to have air-conditioning.  The exterior had gloriously decorated pillars, black cat faces and two tall metal black cats flanking the entrance.  The factory was closed in 1959 and the two black, canine representatives of the Egyptian god Bastet, were removed, with one going to the new factory in Essex and the other heading out to the Carreras factory in Jamaica.

Sadly, the London building fell into disrepair, but it was beautifully renovated in the 1990s and two copies of the guardian cats were then installed. 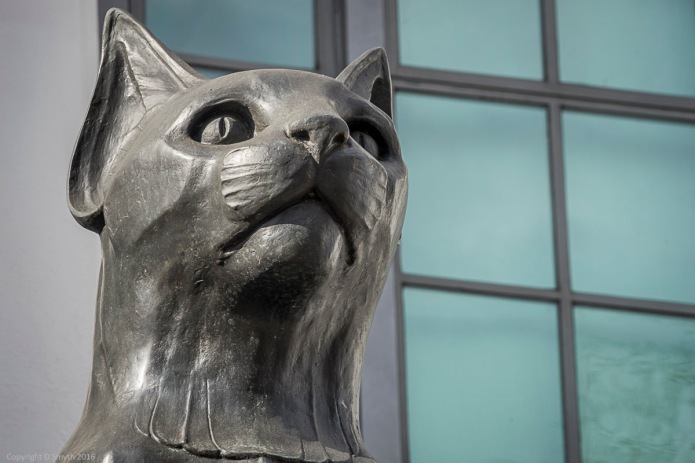 Interesting links:
– a previous post on the factory building
– a 1960 British Pathé news video clip of Prince Philip visiting the new Essex factory (but no sign of the cat that was moved there) 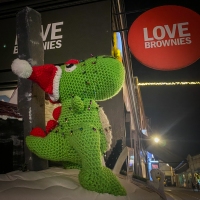