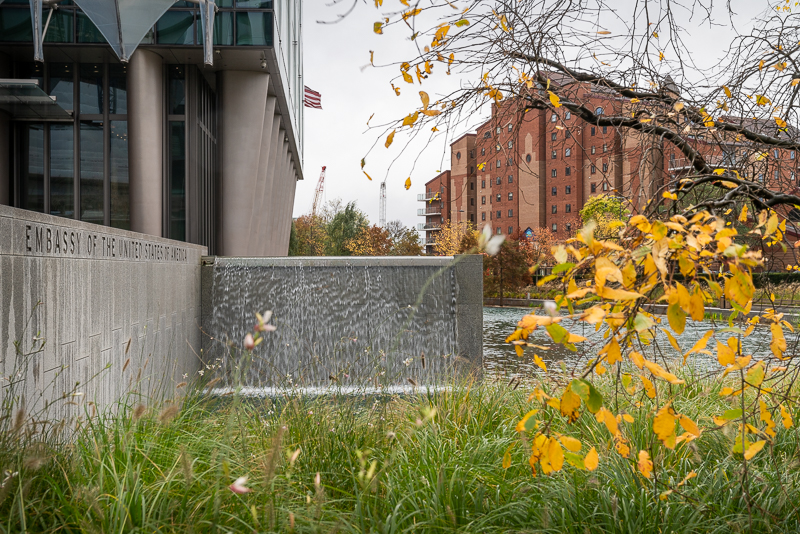 Let’s start this walk from outside Vauxhall station – a handy place to meet as it has both mainline and underground services.

Outside, on the river bank, we start our architectural finds in the form of a well known security building, whose design was influenced by 1930s industrial modernist architecture, such as Battersea Power Station. This lets our walk come full circle in terms of style when we get Battersea. This building also has culture appeal, having appeared in a number of films, including several James Bond movies. In fact, it met its explosive destruction in Skyfall.

From here we’ll turn left, heading west close to the Thames. Almost immediately, we catch sight of a fascinating building that we’ll make our next stop at.

The flag’s a bit of a giveaway, and if you’re still in doubt the next shot tells all.

As it’s such a dull and wet day today, the building isn’t showing itself to its best, so I’ll try to bring you back in good light sometime. The shapes and texture are still worth a good inspection though.

This part of town is undergoing massive development at the moment, including a major sewer development, so we can’t get as close to the river as we might like. We can still admire, or not, depending on taste, the tall buildings.

And there are some good views down the river, looking east towards the Shard, when we do get access.

Now we continue towards the mass of cranes ahead, but there’s a splash or colourful street art before we reach them.

This is till very much a building site, but you can wander around the area, take a look in the marketing suite to see some of what is still to come (including buildings by Gehry and Foster), you can relax in one of several excellent coffee shops and restaurants, and at the end of it you can hop on a Clipper service along the river to your next port of call.

I’ll leave you to wander.

8 thoughts on “Not my usual south bank walk” 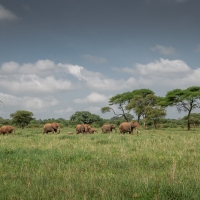 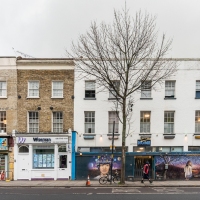