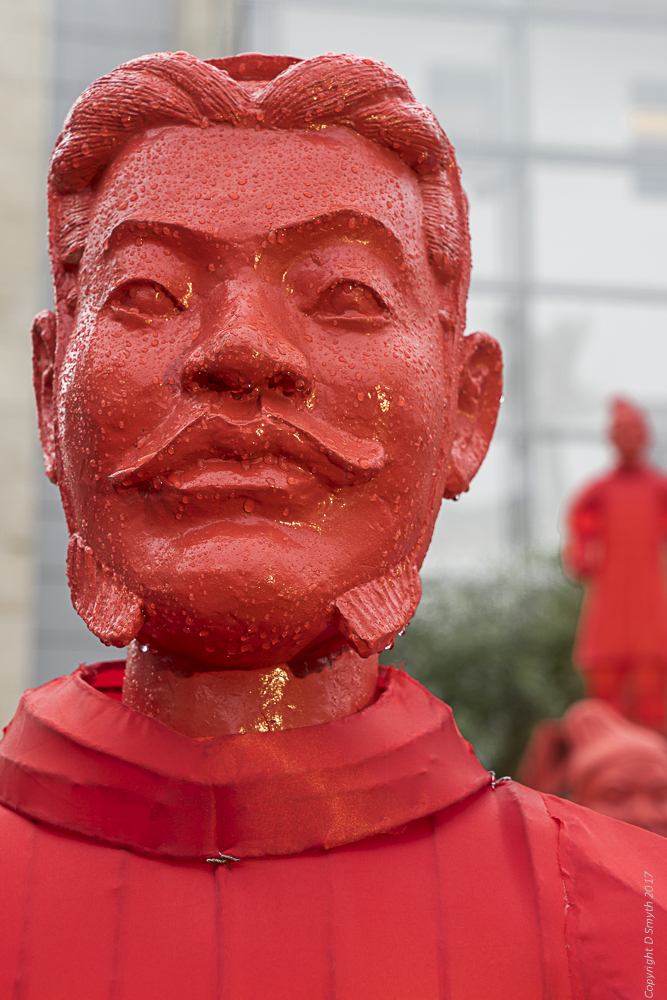 The massive collection of terracotta sculptures of the armies of the first Emperor of China sits high on the to-see list of many visitors to China.

It is estimated that thousands of members of this Terracotta Army were buried with the emperor in 210–209 BCE and were discovered in 1974 by local farmers in Xi’an.  Around  8,000 warriors plus accompanying chariots and horses have been excavated, whilst other soldiers and a variety of non-military figures, including acrobats, strongmen and musicians, remain hidden. 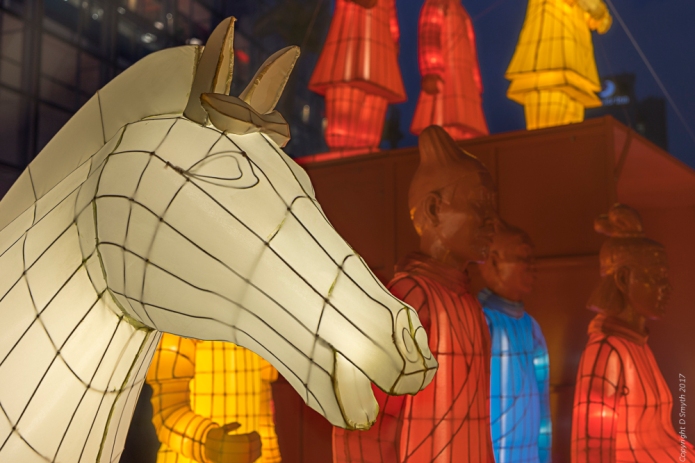 In 2008, in a commission for the Beijing Olympics, the concept of solid terracotta warriors was repurposed to create giant radiant figurines.  The serious attackers and defenders were merged with the Chinese tradition of illumination. The lantern army was expanded to include women and children arranged in family groups, including one heavily pregnant woman. 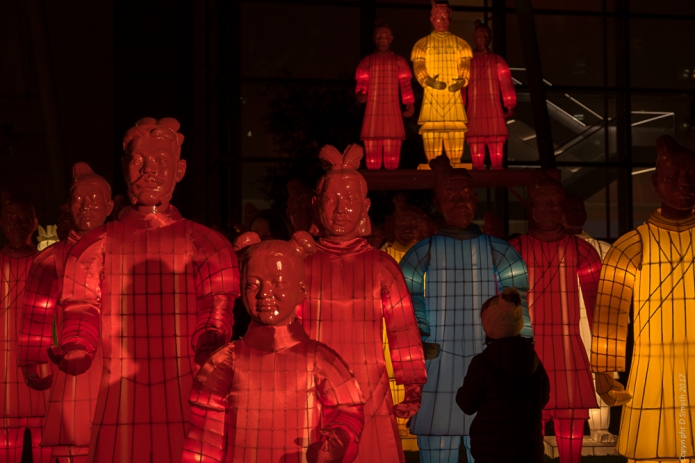 These lanterns have travelled the world since the Olympics, and formed part of the Chinese New Year celebrations in Manchester this weekend (26-29 January 2017). 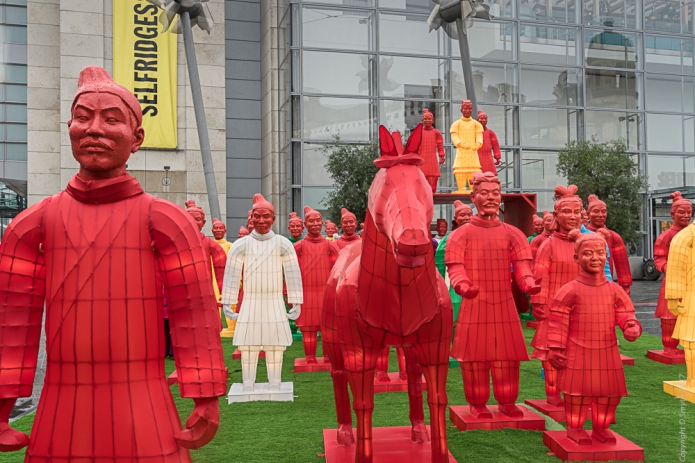 As for the ancient terracotta version, they will be appearing at Liverpool’s World Museum from February to October 2018. 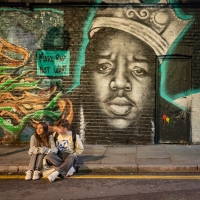 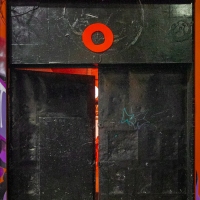 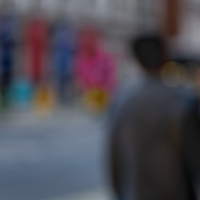 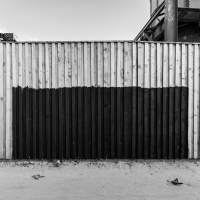 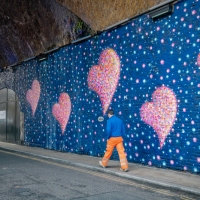