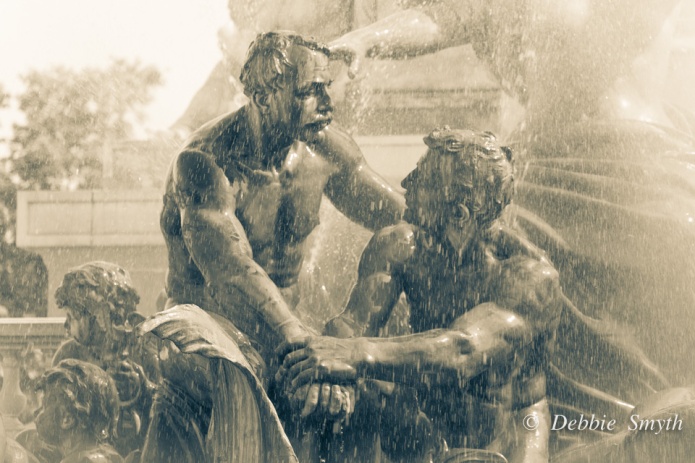 Part of the Fontaine des Girondins,  Bordeaux,  May 2017

Towering over the Place des Quinconces in Bordeaux, stands a 50 metre high column and Statue of Liberty.  At the base of the pedestal are two large pools of water filled with sculptures of horses, chariots and a myriad of characters. Created in the late 1800s and early 1900s, this striking monument honours the Girondins who fell victim in the Reign of Terror during the French Revolution.  The characters depict the battling of the Revolution and the French motto of liberté, égalité, fraternity.

In 1942 the Commission for non-ferrous metals purchased these 34 sculptures for 30FF per kilo and the whole monument was dismantled and removed in 1943.  However, the pieces were never melted down and were rediscovered in Angers towards the end of the war.  They made a triumphal return to Bordeaux in 1945 and after many, many years of waiting, they made their reappearance in the water basins in 1982.  The drama and variety of the sculptures, plus the watery haze and sunny sparkle kept me there for some time, marvelling at the work and trying to interpret their meaning. 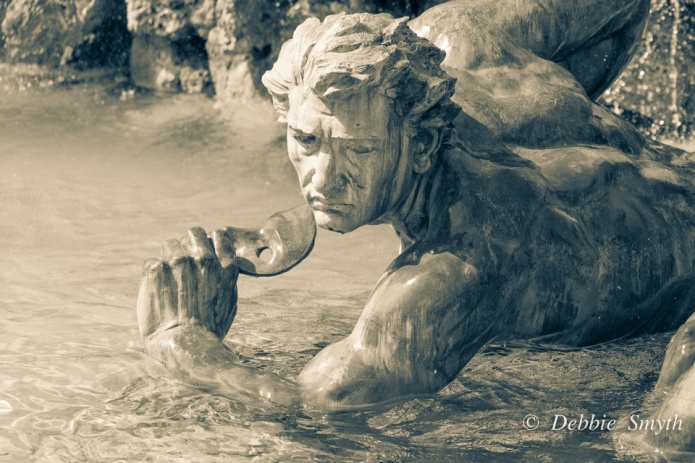 Posted as part of B&W Sunday 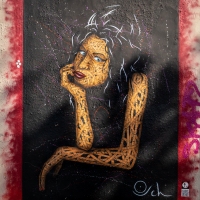 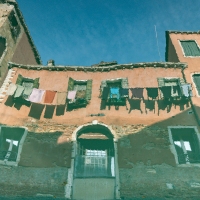 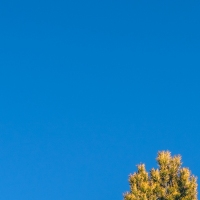 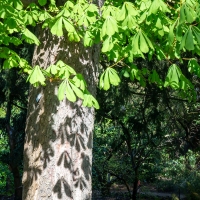 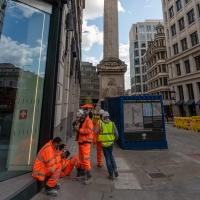 I’m a fan of orange and yellow

Work of Otto Schade, Camden, London, photo taken May 2021   Copyright Debbie Smyth, 10 May 2021 Enjoying street art has become a regular event on my travels around the world: […]
Amy Winehouse in Camden

Grab a snack in Leadenhall Market

This isn’t exactly seasonal, but chatting about paddle boarding in 6WS reminded me of these Santas getting fit for present delivery on the big day. And they go perfectly with […]
Real versus fake