Look me in the eye

UNDEREXPOSED, an arts program that formed part of the 4 The Record Initiative, was the brainchild of black British actor Fraser James, aiming to demonstrate the large number of strong black role models in Britain.

The portraits were the work of photographer Franklyn Rogers. They were displayed in the National Portrait Gallery in London in 2008, and later displayed on the wall of Peckham, close to the Public Library. They were removed in 2017 to make way for building works, but some of them have now been redisplayed outside Peckhamplex, where the sun adds some subtle reflections of the surrounding area.

Posted as part of Weekend Reflection 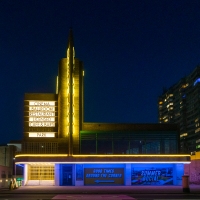 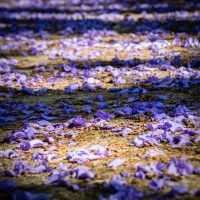 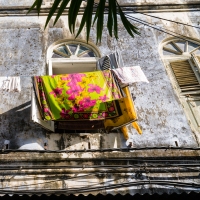 A country ending in K

Beneath the jacaranda tree

I’m a fan of the almost open sea

Tidal pool at Walpole Bay, Margate, Kent, July 2021 If you fancy a splash in a tidal pool, there are plenty around. Here are a few of the pools in […]
I’m a fan of the almost open sea

Dreaming of flying away

Palm-tree: single-legged giant,  topping other trees,  peering at the firmament –  It longs to pierce the black cloud-ceiling  and fly away, away, … – from Palm Tree by Rabindranath Tagore (1861 […]
Dreaming of flying away

Colour on the washing line

Margate, Kent, July 2021 This political piece is the work of kapitall GEE, an aerosol street artist based in the UK.   Copyright Debbie Smyth, 26 July 2021 Enjoying street art […]
It wasn’t me
Loading Comments...
%d bloggers like this: