Pedro Calderón de la Barca (1600 — 1681), born and died in Madrid, was the dramatist and poet who succeeded Lope de Vega as the greatest Spanish playwright of the Golden Age.  He is well known for both secular and religious works.

This statue of him, created in 1878 by Joan Figueras Vila, is decorated with four reliefs that depict scenes from four of his plays.  It stands in Plaza de Santa Ana, close to the Teatro Español. 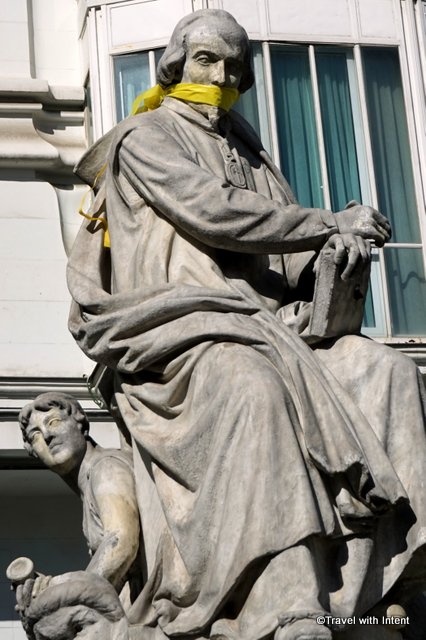 Someone has gagged him with a yellow bandana.  I don’t know why – can anyone out there explain?

Istanbul, 2014 Yes, I’m off on my travels for a couple of weeks. I’ve scheduled a few posts but I’ll be quiet on comments. See you soon! Now over to […]
I googled my symptoms – holiday needed!